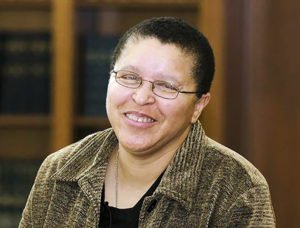 With the tragic passing of Sandy Williams this week, Community-Minded Enterprises asked a member of the CME Board of Directors for a few thoughts on the legacy Williams leaves behind.

Luc Jasmin says Sandy Williams was instrumental in his life. He told us, “It’s hard to be a person of color in Spokane.” Jasmin had many opportunities to work with Williams as the founder of  The Black Lens, as the Executive Director of the Carl Maxey Center, and, more recently, her work around housing. He told us Williams encouraged him not to hide. She told him it was acceptable to be a black man and have the courage to be an unapologetic black man.

Jasmin says, “I am proud of who I am, and Sandy Williams instilled that in me.” Jasmin hopes that in the days, weeks, and months to come, he will be able to “channel my inner Sandy,” continuing her legacy. “We have a better Spokane–a Spokane for all people–because of Sandy.”

Luc Jasmin is the owner of Jasmin and Associates and a member of the CME Board of Directors.

Community-Minded Enterprises pledges to join Luc in working to continue the legacy of Sandy Williams.

Click here for more on Williams’ impact, as reported by The Spokesman-Review.